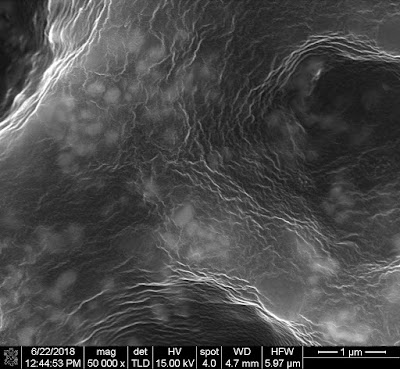 The range of electrons in materials is dependent upon their energy. This is a physical property that can be exploited to image sub-surface structures. This is a thermoplastic coated with 4 nm of Ir to suppress charging. In the first image the sample is imaged at 50kX at 15 kV using the through-lens (TLD) detector and field-immersion using secondary electrons. 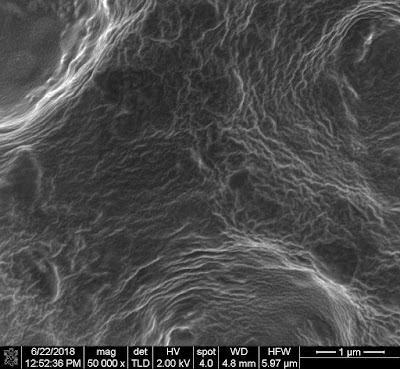 Brighter regions are visible, indicating regions of higher secondary electron emission. A close examination seems to suggest that these particles are not resting on the top of the surface. In the second image the beam energy is dropped down to 2 kV and these bright regions disappear showing a fairly smooth surface. What is going on? 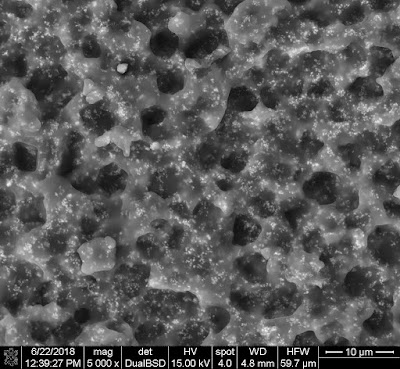 The point of this application note is to show that SE2's can reveal subsurface structure. This can be exploited to see objects under the surface of a sample. It can also be a source of confusion-- and imaging at several beam energies may be required to resolve this confusion.

The final images shows a back-scattered electron image (BSED) confirming the presence of higher-density inclusions in this material.