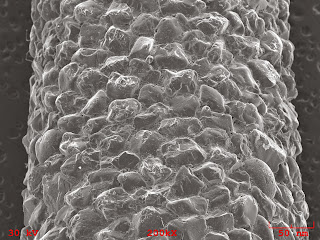 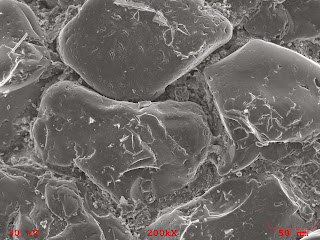 In the following images the magnification and length scales are incorrect due to an instrument failure! There is a lesson in this: always check measurements to standards!

Pectinariidae are a family of marine polychaete or segmented worms that build conical trumpet or ice cream cone shaped homes. The conical homes are upside down in the marine sea bottom, with the small opening at the surface and the cone opening up wider and wider in the sediment. The pectinariidae or "ice cream cone worms" use their robust setae to dig into the sediment, while using tentacle like structures to bring food to their mouth. Grains of sand are passed through their guts or between the gap between the worm and its conical home. Much of the material it digs and sifts through is passed through its alimentary canal and expelled from the cone. 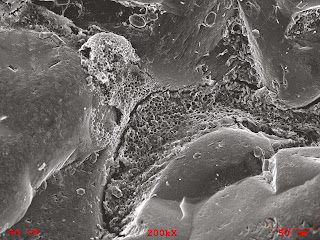 The conical homes are assembled by the worm using its mouth parts to select and locate grains according to shape. Since the cones are exactly one grain thick, the grains must be well fit for structural strength. EDS spectroscopy verifies the grains to be simple sand, quartz, and the presence of NaCl. The samples were found, dried, and flash coated with graphite without additional processing to remove salt or other debris such as the occasion diatoms that can be seen hitch-hiking. 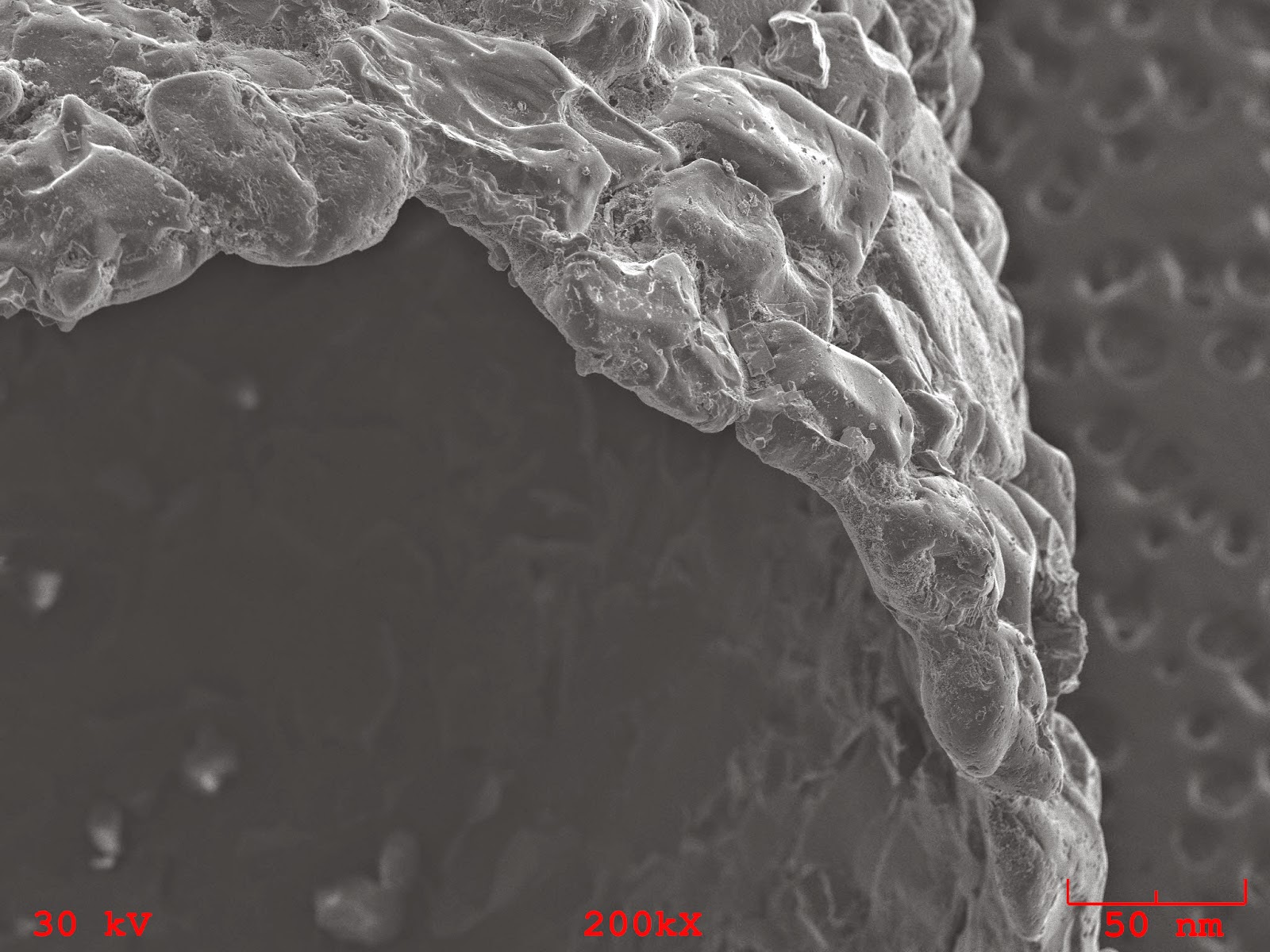 Grains of sand are cemented together using a protein-based cement from worm's mouth. EDS spectroscopy shows that the interstitial regions contain NaCl and light-element material: carbon, oxygen, etc., which is consistent with an organic material. In this image some diatoms can be see near the top of the image. The cement appears to be porous, but upon further inspection it is shown to consist of bubbles. The formation of bubbles may reflect the production of the protein at the ice cream cone worm's mouth, and may be useful in the structural project of cementing these grains together as it allows the worm to fill as much gap-volume as possible with the smallest amount of actual cement material.